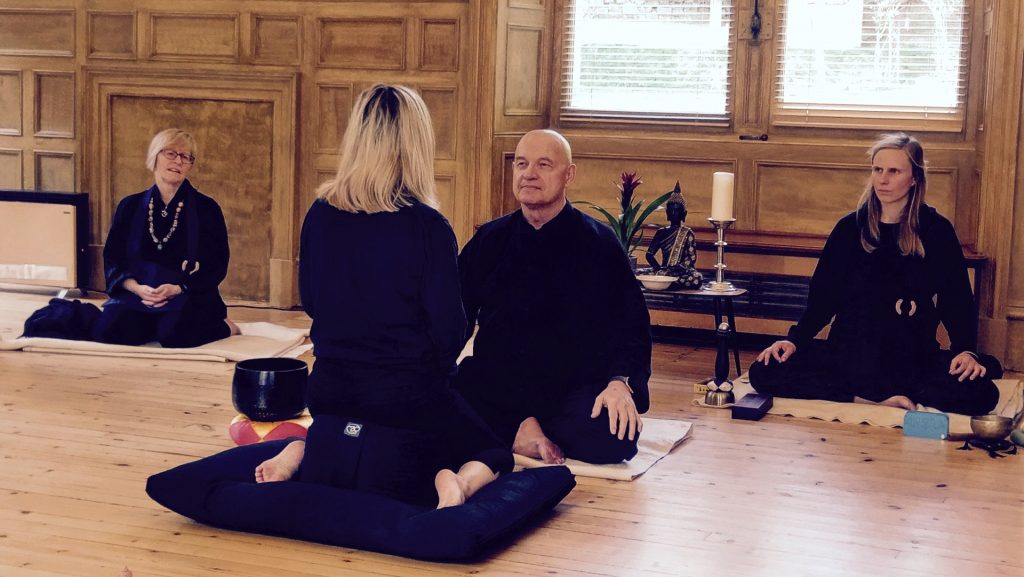 Join us for this Integral Zen Retreat in the UK. Expertly led and guided by Doshi Roshi, a Zen Master and lineage holder in the Hollow Bones Zen order, this retreat will be like no other.

The week will include detailed meditation instruction and guidance, Qi Gong, walking meditation, one on one support and dharma teachings.

Supported by the UK Integral Zen Sangha, this retreat is perfect for practitioners who are looking to go deeper in their practice as well as those who are new to Buddhism and meditation. Beginners should be aware there will up to 6 hours a day seated meditation.

Just five miles from Glastonbury, on the edge of Compton Dundon village in Somerset, Earth Spirit lies within the ‘temenos’ (sacred enclosure) of Avalon. The centre is situated in a beautiful landscape next to two nature reserves; and just two minutes walk from St Andrew’s church, which has within its cemetery a yew tree over 1,700 years old. The seventeenth-century farm buildings have been restored and specially converted for use as a venue. They are set within seven acres of fields and gardens. The complex is based around a converted 52’ (15.5m) long barn, with oak timbers, reed torching (lining the inside of the roof) and stone walls. The feeling is medieval, but with modern comforts such as under-floor heating and a large woodstove. The high roof and skylights create a light, airy atmosphere.